THE CITY COUNCIL OF THE CITY OF AUSTIN: The City Manager is directed to develop a comprehensive plan for consideration during the FY 2016-17 budget process with proposed funding mechanisms and timelines for building fire stations in five areas of immediate need identified by the Austin Fire Association and the Austin Fire Department which include the Travis Country area, the Loop 360 area, the Goodnight Ranch area, the Moore's Crossing area, and the Canyon Creek area. 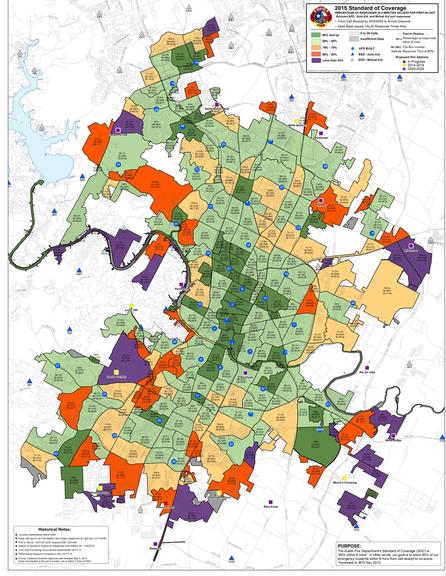 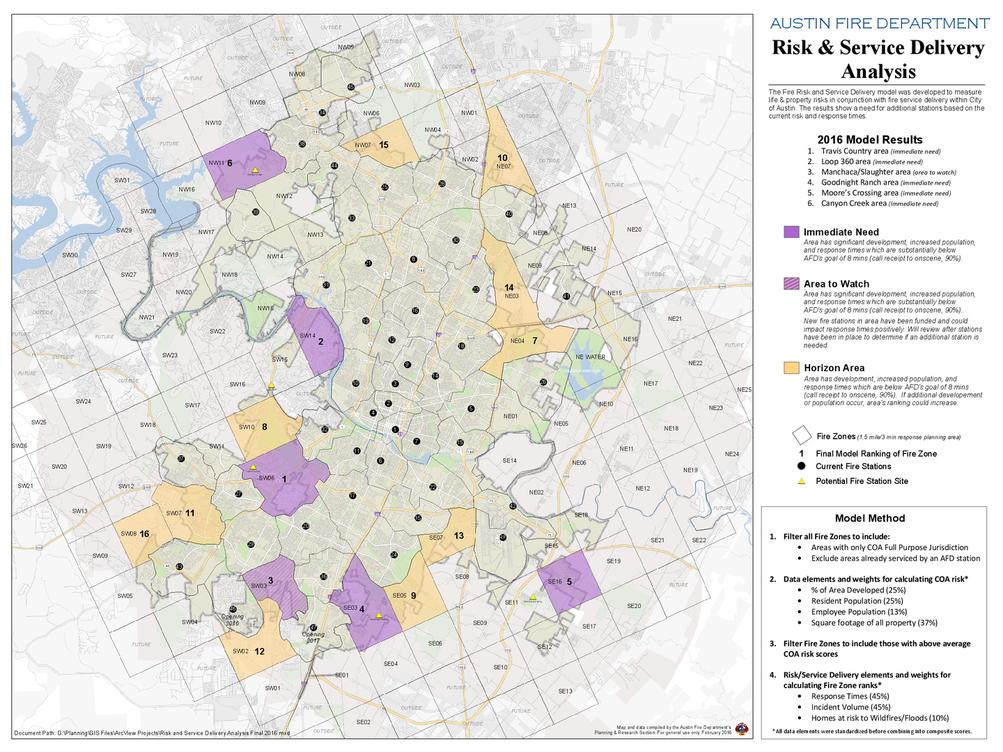 Emergency Response Time Deficiencies – See Austin Firefighters Association Bob Nicks identify the Austin neighborhoods under-served and discuss practical solutions.
This video is a combined Austin Firefighters Association and Austin Fire Department presentation from the March 7th Public Safety Commission meeting. The first 15 minutes of this presentation lays out the causes of the emergency response time deficiencies as well as practical solutions for each deficiency cause. e your paragraph here.

“As we looked at the data from previous years, we realized that response times to fire calls vary depending on where you live in the City of Austin,” said Council Member Delia Garza.  “A lot of this variation has to do with population growth and increased development.  I’m glad we took the initial step today to ensure that all Austinites can depend on the same high level of services no matter where they live.”

After extensive research resulting from collaboration between the Austin Fire Department and the Austin Firefighters Association, five areas of immediate need for new fire stations were identified which include the Travis Country area, the Loop 360 area, the Goodnight Ranch area, the Moore’s Crossing area, and the Canyon Creek area.  This resolution asks the City Manager to develop a strategic plan with proposed funding mechanisms and a timeline to meet this need.

The resolution also calls for exploration of new technology that could potentially be used to improve traffic signal control for emergency response vehicles.  The City of Austin currently uses a light-based system that was installed in the mid-1990s, and updating the system to utilize a GPS-based system could be an affordable and viable option for reducing emergency response times.

“I’m grateful to the Austin Fire Department, the Austin Firefighters Association, and the Public Safety Commission for their recommendations that helped us reach this point,” said Council Member Delia Garza.  “This item is an important step forward to ensure that we are providing reliable public safety services equitably across the city.”